Why the Port Royal Sound?

It is the lifeblood flowing through the Lowcountry in rivers, creeks, and inlets, enriching our lives, inspiring our arts and culture, fueling our economy, and supporting a wealth of wildlife.

The heart of this network of waterways is the Port Royal Sound, a dynamic ocean channel between Beaufort and Hilton Head Island feeding vast expanses of salt marsh and stretching far inland to parts of Jasper County. 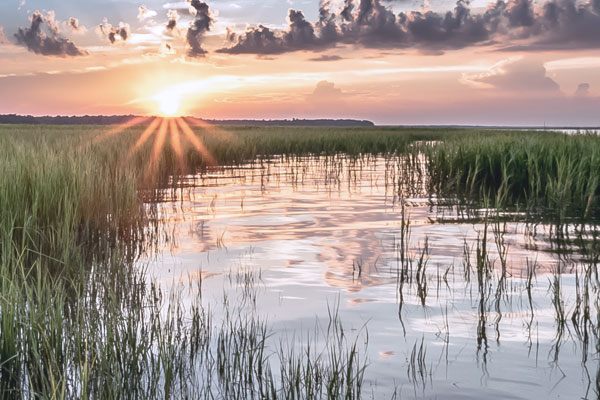 While the ocean and its shoreline may be what draws so many to the Lowcountry, it is the Port Royal Sound and the interconnected Calibogue Sound that make our area unique among the South’s coastal communities. Unlike freshwater rivers that originate in the mountains or coastal plains, the tributaries of Port Royal Sound, including the Broad, Colleton, and May Rivers, are actually tidal inlets fed by the Atlantic Ocean.

With the exception of a small amount of freshwater that comes from land runoff and blackwater rivers such as the Coosawatchie and New River, the Port Royal Sound Area – encompassing 1,600 square miles of land, marsh, and water – is influenced purely by the ocean, creating distinctive geological and environmental features.

The sand deposited by ocean currents has contributed to the formation of barrier islands along the coast. Today, more than 100 barrier islands, also known as sea islands, stretch from Florida to South Carolina. In the Port Royal Sound area, many of these islands support thriving communities, among them Hilton Head, Daufuskie, St. Helena, and Fripp. The islands also help protect the mainland from the powerful forces of wind, waves, storm surges, flooding and hurricanes. 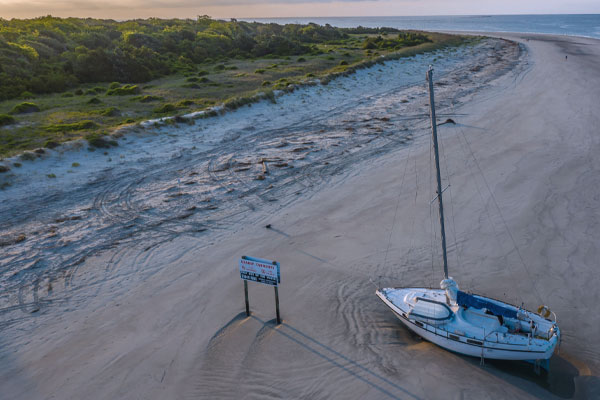 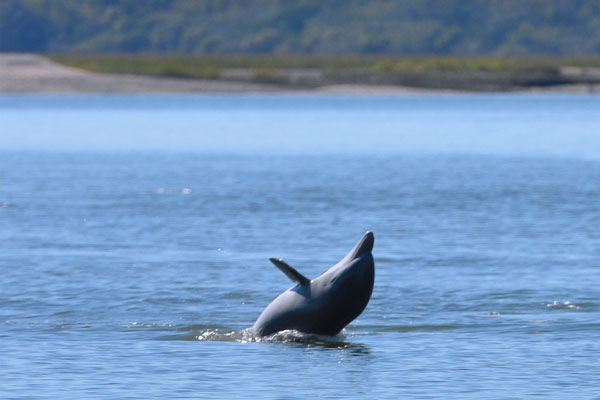 Because there are no mountain-fed rivers depositing sediment on the bottom of the channel, the depth of the water in the Port Royal Sound can reach 60 feet, making it the deepest natural harbor south of Chesapeake Bay.

Equally notable, the salt content in the sound is very high. With so little freshwater flowing into the channel, the water is virtually as salty 20 miles inland as it is in the Atlantic. The high salinity, combined with the deep water, allows sea turtles, sharks, rays and dolphins to travel from the ocean to its upper reaches.

Port Royal Sound also boasts more than 200,000 acres of salt marshes – about half of the marshland in the state. Flooded daily at high tide, these estuarine ecosystems are highly productive habitats that provide food and shelter for an extraordinary array of terrestrial and marine animals. 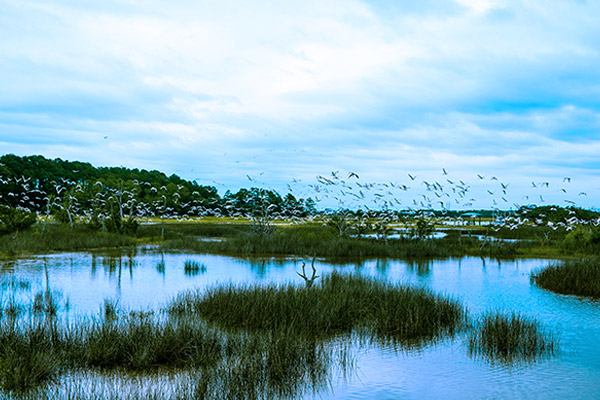 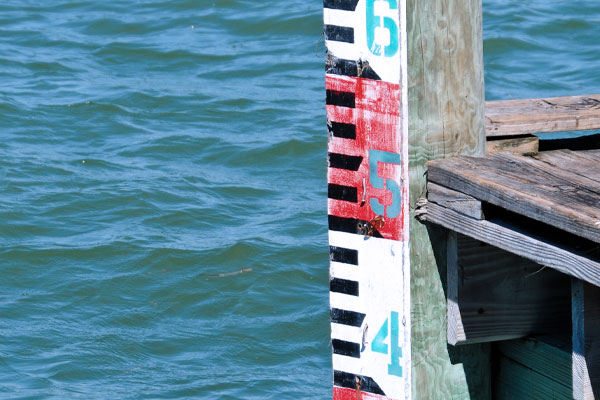 The difference between low and high tide in Port Royal Sound averages 8.5 feet – one of the biggest tidal ranges on the southeast coast. An estimated 950 million gallons of water per minute move with the tides, delivering nutrients to the sound and flushing out pollutants, which helps keep our waters clean and healthy.

Protecting this critical environment ensures we can all continue to enjoy the Lowcountry’s stunning natural landscape and the phenomenal lifestyle its waters provide us.

Today is #GivingTuesday. Join the movement of generosity - donate now!

Click here to browse our virtual auction for our 7th Annual Golf Tournament!